WHAT’S NEXT FOR BRITISH BUSINESS AFTER BREXIT?

“If there is no deal, the pound will collapse, financial markets will panic, and the political scene in Britain will be upturned for more than a generation…” – a citation from Delville Management’s round table on “Brexit – What Next?” Brexit – What Next?” held on October 19th in London.

As an international player in interim management, Delville Management has been concerned that Brexit will put a strain on the earnings ability of British business over the coming few years.  A recent survey by Clifford Chance found that 2 out of 3 businesses have yet to consider any form of contingency plan, a state of mind that is shared by the British Private Equity community, as a recent poll of their members confirmed.

None of us knows today what the outcome will be, and the temptation to wait for more clarity is understandable. However, time is running out – there are major unknowns, and Britain has at best only another 9 months to conclude a deal before the ratification process by the EU 27 begins.  And a transition period of 2 years or less is short in the life of a business, especially if Brexit requires negotiating new accords, reconstructing the supply chain, or if all else fails relocating the business base to retain access to European markets

It was to obtain greater clarity on these concerns that we organized our round table, ably chaired by Simon Mercado, Dean of the ESCP Europe Business School in London. We were privileged to hear some very pertinent views from our very well-qualified and diverse panel members, including the following remarks:

Charles Grant of the Centre for European Reform, who is close to both sides of the ongoing negotiations: “There will be a deal, but it will be less good for the Brits than some had hoped.”and “We need to be clearer about what to ask for after Brexit – ‘Canada+’ with agreements on aviation, nuclear, data exchange…”  “Unfortunately the EU holds most of the cards »

Tim Thomas of the Engineering Employers Federation, who has been leading Brexit planning workshops for the EEF’s members: “Investment decisions have already gone against the UK and more are on hold.”  “The top issues for British industry are:

“Boards and investors are paid to make choices. London is a fantastic city with lots of top talent but, when it’s your money, you will protect yourself against uncertainty. François Barrault

Francois Barrault, Chairman of the iDate/DigiWorld Institute, a telecoms sector think-tank, founder of FDB Partners, a hi-tech investment fund, and former CEO of BT Global Services: “Boards and investors are paid to make choices. London is a fantastic city with lots of top talent but, when it’s your money, you will protect yourself against uncertainty.” “For short-cycle businesses like Fintech, the world is their playground and they now have a choice – some are beginning to leave.”  “For a choice of a new site location, Britain is disadvantaged by the current uncertainty. Today I could not make Britain my choice for an HQ location, a choice that I made in the past, because of uncertainty.

Nicole Fontaine, former President of the European Parliament and now adjunct Professor at the ESCP Europe Business School, who over the last 18 months has developed a vision of the reforms that the EU needs to enact in the light of Brexit: “Brexit brings a chance… …to rethink Europe after a ‘descent into hell’: technocracy in Brussels, the use of Europe as a scapegoat by its members…  …and the disastrous manner in which the Union has dealt with crises.” “We need to begin by meeting citizens’ expectations, as the French President Emmanuel Macron has fortunately realized.

We had the privilege to welcome in our audience captains of industry and the men and women who will lead the post-Brexit transition for British industry and commerce. They, and we, are today better equipped for the challenge as a result.”

Full video of the conference: 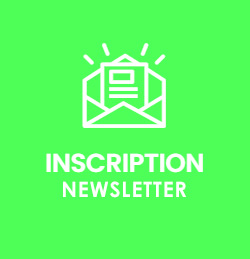